Kyrgyzstan on the Great Silk Way 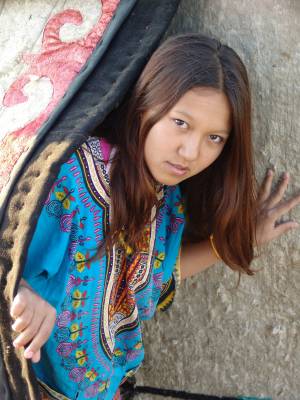 The great Silk Way – was primary it a route from China to capital of Roman Empire in IInd century BC. Its length was approximately 7 thousand kilometers. The most valuable good imported from China, was silk that explains the name of this transcontinental route.

The main route passed through China along a corridor of Ghan-Suu, then through pool of Tarim, Pamir and Tien – Shan  mountains, Central Asia, Afghanistan, Iran, along east coast of the Mediterranean sea  and further to the main shopping centers of the Near East, Northern Africa and the Europe. The great Silk Way played a greater role in a life of many people of Eurasia. It was the important artery in Ancient and Middle Ages, a source of trade and the information, the reason of many conflicts and wars.

The geographical position of Kyrgyzstan has predetermined its important place on the Great Silk Way. Many consider that this piece of road functioned in IV th. century BC.

Many Caravan routes of the Great Silk Way have changed, former there were only basic directions from the East to the West and from the West to the East. But in the given region the route passed in the same places, where also centuries back, because of nearness of Pamir  and Tien – Shan mountains. From the very beginning through Kyrgyzstan passed 3 branches of the Great Silk Way.

The first branch – Southern, passed from Termez through Samarkand up to a place of present Dushanbe, along inflow of Kyzyl-Suu river to Alay, to modern Irkeshtam city, then the direction varied to Kashgar.

The second branch – Fergana, leaded from Samarkand through Hodzhent to Isfara, Kokand and Osh. Osh was the main intermediate trading city, and then caravans went to Kashgar through pass Torugart.

Caravans went slowly. Caravans were different, sometimes up to 10 000 camels. Lengthways of Caravan route through the certain intervals stood a caravanserai. This Caravan rout promoted transition to a settled way of life, development of cattle breeding. So was in Talas sity, Chuy valley, on Issyk Kul, in Central Tien – Shan. Thus, owing to that in Kyrgyzstan there passed three branches of the Great Silk Way, Medieval Kyrgyzstan became one of the cultural centers of ancient Turkic people.
Kyrgyzstan had great value on the Great Silk Way also due to the city of Osh – the main city of the south of modern Kyrgyzstan. Within many millennia because of geographically convenient arrangement it was transit city of the Fergana branch of the Great Silk Way. Local residents served to travelers and merchants of caravans. Osh as a convenient place for trade and an exchange of the goods involved merchants, handicraftsmen, cattlemen and farmers.

Till now the territory of Kyrgyzstan stores these memorials. The most significant are ruins Red river (Navekat – Sogdijsky city, VII-VIII century), the Burana tower and the Balasagyn city (the state of Karahanids, X-XI century), Ak – Beshim (Suyab –  city of Tyurks , VI-X centuries), Caravanserai Tash – Rabat  (IX century) and others.

Tours on the Great Silk Way it is chance to study history, culture and the nature of the Central Asian  region. You will be surrounded by ancient treasures of Uzbekistan, will see majestic Medrese and minarets of Tashkent, Samarkand, Bukhara and Khiva, ruins of ancient cities surrounded by snow mountains 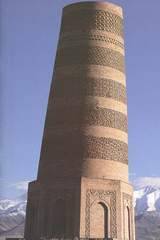 in Kyrgyzstan and unique places of China with its historical monuments, with traditional Buddhist culture.

1 day: the Meeting at airport Manas, transfer in hotel Bishkek. Excursion on city. A supper.

2 day: The Trip to the Issyk Kul lake, on road visiting of  the Burana tower (XIth century). A dinner on a way. Accommodation in hotel.

3 day: the Trip to Karakol city. On road visiting of an open air Museum of Petroglifs in Cholpon – Ata city. Accommodation in hotel. A supper.

4 day: the Breakfast. Departure to Tash – Rabat  (a caravanserai of the Great Silk Way). Accommodation in Yurts. Excursion on Tash – Rabat.

5 day: the Breakfast. A transfer to Torugart pass (the Kyrgyz-Chinese border).

2 day: the Trip on the Issyk Kul lake, on road visiting of the Burana tower (XI th. century). Accommodation in hotel.

4 day: Trip to the Altyn –Arashan gorge, visiting of the thermal springs. In the evening return in hotel.

5 day: Trip to Dzheti-Oguz gorge (that means Seven Bulls, it is beautiful red rocks). In the evening return in hotel. Supper in hotel.

6 day:  Transfer in the Naryn city. Accommodation in Yurts. 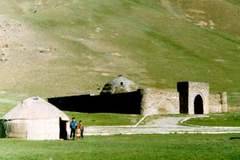 7 day: Breakfast and a transfer to Torugart pass (the Kyrgyz – Chinese border).

4 day: Excursion in Dzheti-Oguz gorge where you can see the well-known rocks of the Broken Heart and Seven Bulls. Returning in Karakol city.

5 day: Excursion in Altyn – Arashan gorge. Visiting of thermal spring in which you can take a bath. Return in Karakol.

6 day: Transfer on the Issyk Kul lake. Accommodation in hotel.

7 day: Transfer to Bishkek city, the capital of Kyrgyzstan, on a way visiting of Burana tower the (XIth century)-ancient capital of Karahanids. Accommodation in hotel.

8 day: Transfer to Kara – Kul city it located on a way to Osh. Accommodation in hotel. 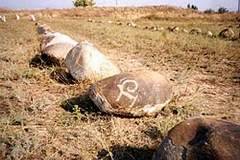 1 day: Meeting on Torugart pass (the Kyrgyz-Chinese border). A transfer to Naryn city. Accommodation in Yurts.

2 day: Transfer to Issyk Kul lake. Accommodation in hotel. A free time on a beach.

3 day: Transfer to Bishkek city -capital of Kyrgyzstan, with a stop at Burana tower of the (XIth century). A dinner on a way. Accommodation in hotel. Excursion on city.

The program of round can vary according to your desire.